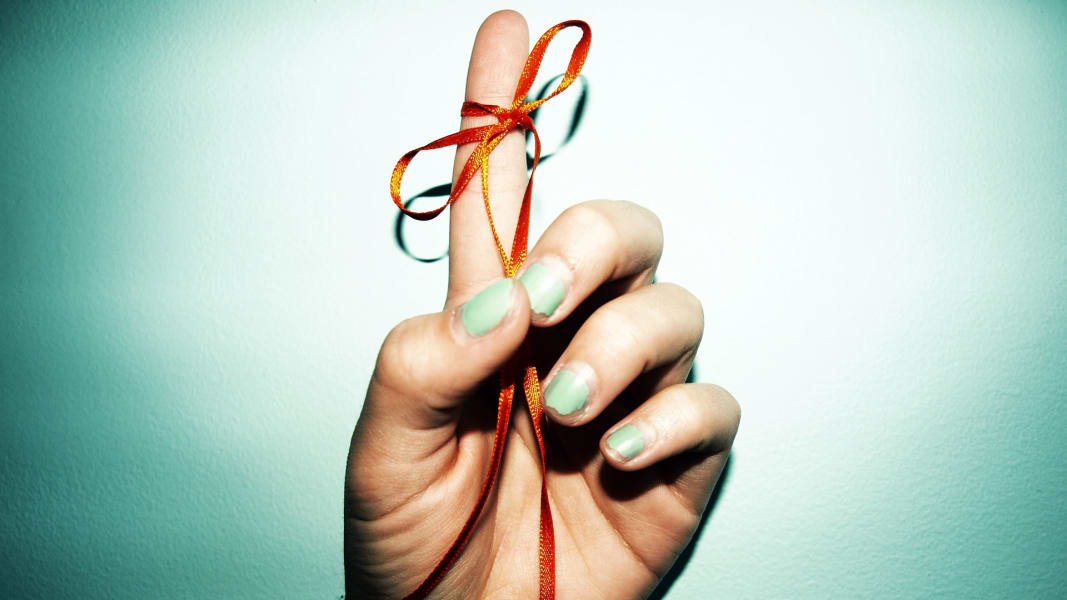 We’ve all done it: Make a special trip to the grocery store just to get one specific item you need to complete a recipe (or, say, toilet paper). After walking up and down the aisles, checking out the specials and stocking up on pantry items, you check out and leave the store, pleased with your purchases and productivity. Then, as you’re unpacking your shopping bags, it hits you: You forgot the item you originally went to the grocery store to get.

These are all example of your prospective memory (which reminds you to take certain actions in the future) failing you and, according to a new study, there’s something small but effective you can do to help it.

Published in the journal Neuropsychology, the study examined the memory performance on three groups of participants: patients with mild cognitive impairment aged 64 to 87 years, healthy older adults aged 62 to 84 years and younger adults aged 18 to 22 years.

While a failing prospective memory may be an early sign of Alzheimer’s disease, it can also happen for a number of other reasons, like being overtired, overextended or anxious — so if you forgot to grab your umbrella on a day that it’s raining, don’t worry just yet. The study looked at prospective memory before and after the use of a memory enhancement technique known as "encoded enactment."

Simply put, encoded enactment is physically acting through the activity that you have to remember to do. And it worked.

Researchers saw an improvement in prospective memory across all age groups in the study, but it was especially helpful for the older subjects with the early stages of Alzheimer’s. Their hope is that encoded enactment may help people with mild cognitive impairment lead more independent lives for longer periods of time.

"We were heartened to see that there was improvement in our group with mild cognitive impairment," Dr. Antonina Pereira, head of the psychology department at the University of Chichester, said in a statement. "Enactment techniques offer the potential for a cost-effective and widely applicable method that can support independent living. This contributes to an individual’s health, well-being and social relationships while reducing the burden of care.”

But exactly how do you do encoded enactment? According to Pereira, start by recreating the action you want to remember later, going through all the motions and physically pretending you’re actually doing it in as much detail as possible.

“This might feel awkward to begin with, but it has been identified as an optimal technique to enhance prospective memory," she said in a statement. "It can have very long lasting effects and work even for people with cognitive impairment. Acting is the key.”