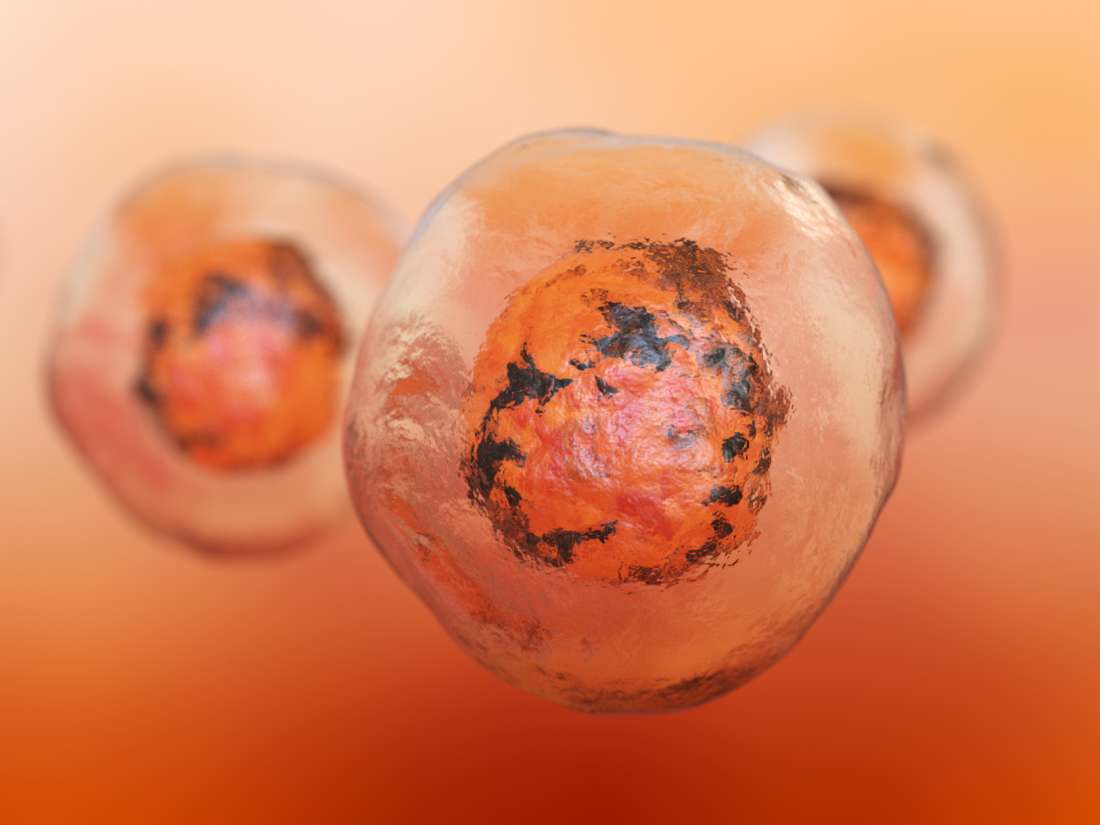 In a paper now published in the journal Cell Stem Cell, the authors describe how the cells showed enhanced “anti-tumor activity” in mice with ovarian cancer seeded from human cancer cells.

The immunotherapy is a type known as chimeric antigen receptor (CAR) therapy. It increases immune cells’ cancer-killing power by reprogramming them to express CAR protein, which has been engineered to bind only to cancer cells.

Typically, CAR immunotherapy uses genetically altered white blood cells known as T cells that are grown from cells taken from patients. This approach is called CAR-T cell immunotherapy and has been the focus of much research and funding lately.

“NK cells,” explains senior study author Dan S. Kaufman, a professor of medicine at the University of California, San Diego, “offer significant advantages as they don’t have to be matched to a specific patient.”

Because, he adds, “one batch of iPSC-derived NK cells can be potentially used to treat thousands of patients,” it opens the prospect of “standardized, ‘off-the-shelf’ treatments” for use with other anticancer drugs.

CAR-T cell immunotherapy has shown great promise but positive results from trials have not always translated to clinical success.

While one therapy has been approved in the United States for use in a type of acute lymphoblastic leukemia, it is not clear how soon CAR-T therapies for solid tumors will be available.

Prof. Kaufman and team describe several obstacles. First is the fact that CAR-T cell therapy needs T cells taken from the patient and only works for that patient.

This is time-consuming as it involves extracting the cells, engineering them, and then expanding their number in the laboratory before infusing them back into the patient.

In addition, not all patients that might benefit from CAR-T cell therapy are in a position to give the cells. Also, their cancer could be progressing so fast that by the time the engineered cells are ready, the window of opportunity has closed.

There have also been increasing concerns about the safety of CAR-T therapy. In fact, Prof. Kaufman notes that there have been some cases of “severe toxicity or adverse effects” that have led to organ failure and death.

He and his colleagues have already conducted some research into NK cells that suggested that they do not produce the same adverse side effects. They also found that they produced “few adverse effects” in the mouse models they used in the new study.

These mouse models were developed by transplanting human ovarian cancer cells into mice with suppressed immune systems so they did not reject the human cells. The cancer cells then grew into tumors.

The team found that the CAR NK cells showed a similar level of anti-tumor activity as CAR-T cells but with “less toxicity.” And, they were more effective than NK cells that did not express CAR.

Prof. Kaufman suggests that tests on blood cancer and other solid cancers — such as of the brain, colon, and breast — would likely show similar promising results.

“NK cells may just be safer to use.”