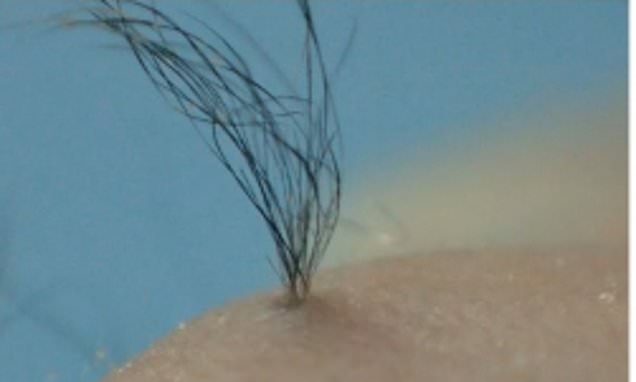 A cure for baldness? Scientists CREATE hair in the lab, in breakthrough that could eventually benefit millions of men

The team from Yokohama National University, in Japan, did so by controlling the spatial arrangement of two types of cells, epithelial and mesenchymal.

Epithelial cells are a type of cell that covers the inside and outside of the surfaces of your body. They are found on your skin, blood vessels, and organs.

Mesenchymal cells are multipotent stem cells found in bone marrow that are important for making and repairing skeletal tissues.

The development of hair follicles is coordinated by the interactions between these cells or EMIs.

While the procedure has not been tested using human cells, the team’s findings suggest their is hope that follicles could be implanted in someone’s head and regenerate there.

Their future research could eventually open up new avenues for the development of fresh treatment strategies for hair loss disorders, such as alopecia, a common autoimmune skin disease that causes hair loss.

An estimated 6.8 million Americans have alopecia. Hair loss overall is very common. More than 80 per cent of men experience it.

Women are not immune. Nearly half of women experience significant hair loss during their lifetime.

Hair loss can have psychological effects including high levels of anxiety and depression, decreased confidence, and social withdrawal.

Hair follicles were implanted in the skin of mice. Hair shafts appeared 30 days following transplantation and hair regrowth and hair loss were repeated at 3-4-week intervals for at least 10 months. 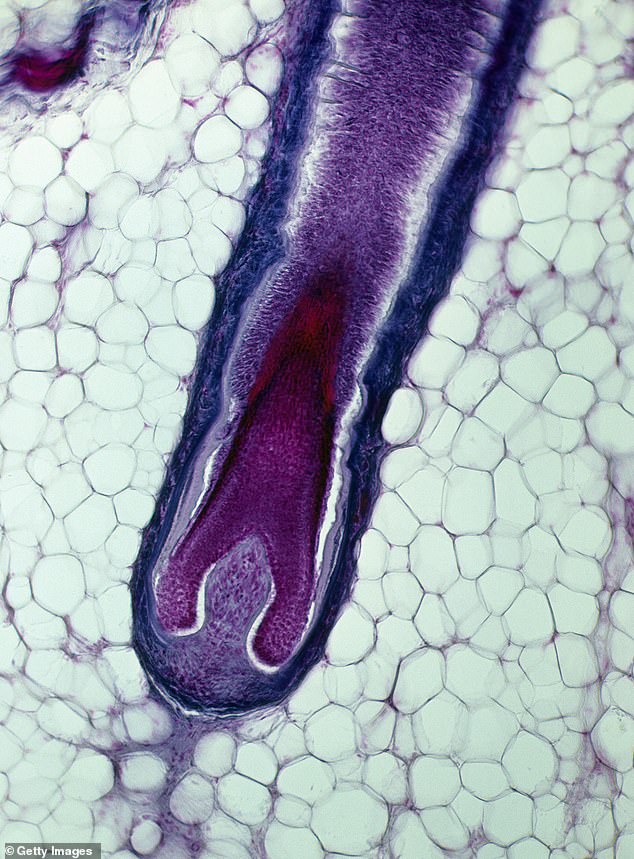 Scientists from Yokohama National University in Japan successfully generated hair follicles in vitro by by controlling the spatial arrangement of two types of cells, epithelial and mesenchymal. Interactions between these cells trigger the development of various tissues and organs.

Hair follicloids formed through the self-organization of embryonic epithelial and mesenchymal cells generated hair shafts in vitro with a high level of efficiency. This is potentially beneficial for several applications including as an alternative to animal testing, drug screening, and regeneration medicine.

Researchers added a low concentration of Matrigel, an extracellular matrix that has been used for more than four decades for a myriad of cell culture applications.

About 40% of Americans who experience hair loss are women.

Hair loss is so common that by the age of 35, two-thirds of men will experience some form of it.

About 80% of women show significant hair loss by age 60.

Hair loss can be genetic, but it can also be a result of exposure to a hormone called dihydrotestosterone or DHT.

The market for hair restoration treatments is $4.9billion.

Those follicle germs were implanted in the skin of mice and generated more follicles, ‘implicating that [hair follicle germs] have hair neogenesis capability.’

Dr Tatsuto Kageyama, an assistant professor with the faculty of engineering at Yokohama National University said in a statement: ‘Organoids were a promising tool to elucidate the mechanisms in hair follicle morphogenesis,’ or, the process in an organism where cells are organized into tissues and organs.

Extracts of type I collagen, the most abundant extracellular matrix in the body, resulted in hair follicle sprouting at 96 per cent efficiency.

Scientists believe this would provide a robust, stable, and affordable system for generating more hair follicles at a larger scale.

The next step, according to the team from Yokohama National University, is to recreate the orgnaoid structure culture using human cells.

They cited the ethical concerns over harvesting human cells for scientific study as a potential hurdle to expanding their research, though.

The findings, published Friday, suggest that a cure for baldness could be on the horizon. 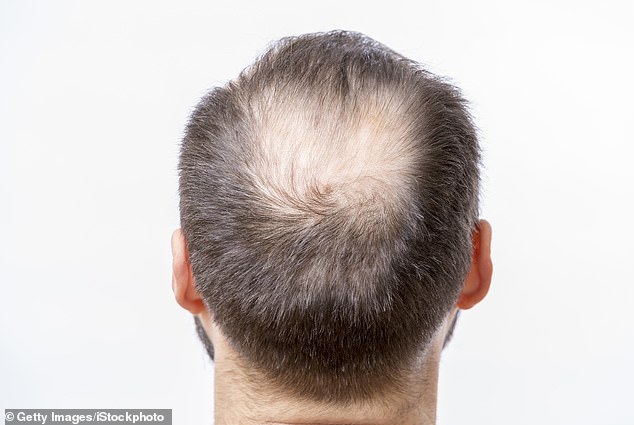 Hair loss is estimated to affect more than 80 million Americans, including women. In fact, roughly 40% of Americans dealing with hair loss are women.

Roughly 35 million men and 21 million women deal with hair thinning and baldness in the US.

Hair loss is so common in the US that by the age of 35, two-thirds of American men will have experienced hair loss.

The discovery could have far-reaching implications beyond restoring someone’s hair to boost their self-esteem.

‘This approach may be useful not only for understanding of the basis of EMIs in hair follicle induction but also for applications as alternatives to animal testing, hair follicle regeneration, and drug screenings,’ the study said.