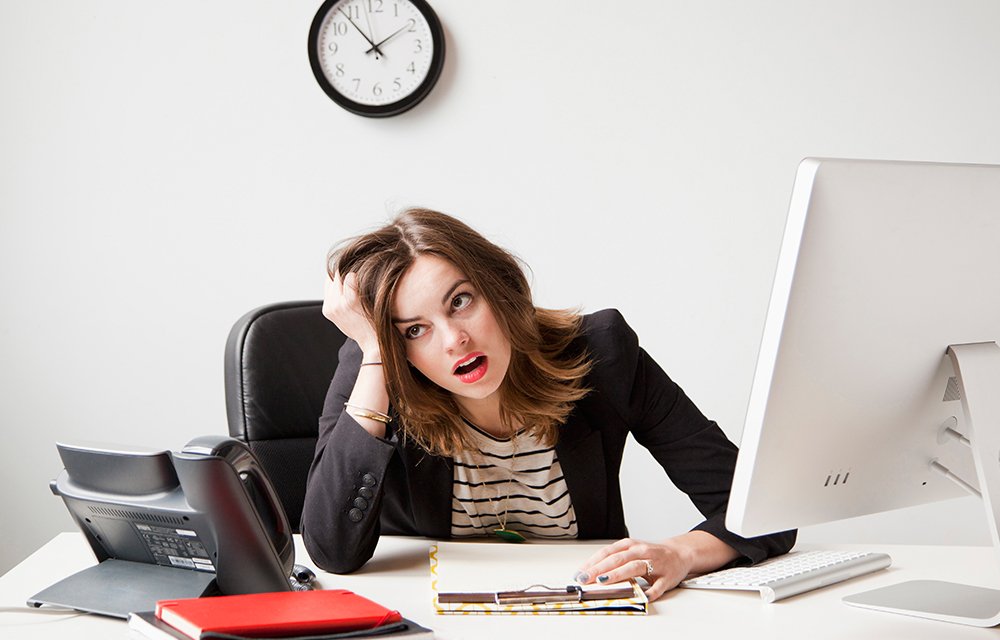 Do you feel like a constant infusion of coffee is the only thing getting you through the day, even though you’re logging plenty of shut-eye at night? Lack of sleep isn’t the only thing to blame when it comes to feeling sluggish and tired all the time. See if any of the 7 behaviours below ring a bell—and learn how to change your ways.

You’re addicted to the 24/7 news cycle

Stress: you know it’s an energy killer, but your boss, your to-do list, and your mother-in-law might not be the culprits (well, not entirely). If you’re a Twitter-scroller, a cable news addict, or a rabid headline-watcher, you could be prone to feeling drained, according to research from the University of Montreal. Researchers found women in particular were more susceptible than men to feeling stressed by negative news stories, as well as more likely to remember them. Try limiting your news consumption to once a day, and balance it with a dose of good news (upworthy.com is a good place to start) and see if it makes a difference.

If taking a proper lunch break is as foreign to you as Vegemite, it’s no wonder you’re feeling less than your best, say researchers at the University of Rochester. They found that spending only 20 minutes outside in nature gave a better energy boost than a workout or spending time socialising. Chained to your desk? Try surrounding your workstation with images of the great outdoors: A University of Michigan study found they pump up feelings of vitality, even more so than walking down a busy urban street.

Better posture isn’t just important for your back – it affects your brain, too. Several studies, including one from Ohio State University, have shown that sitting slumped leads to more hopeless, helpless, powerless, and negative memories. Meanwhile, sitting up straight or standing has been associated with more positive thoughts. Or try standing up in a Wonder Woman-style “power pose” for two minutes—a Harvard study found this posture not only makes you feel more powerful, it can actually reduce levels of cortisol, the brain’s stress hormone (though maybe try it with your door closed to avoid awkward explanations).

You love an airport novel

Look, we all appreciate Danielle Steel every now and then. But reading literary fiction as opposed to flipping through beach reads makes your brain light up, literally. When researchers at Michigan State University asked people to read Jane Austen in MRI machines, they found that those who read passages closely versus skimming them had more neural activity—specifically, activity usually connected with physical activity and movement. So for extra mental stimulation, save the skimmable beach reads for vacation.

You’re living in a clutter zone

If the piles on your desk are overtaking your office, you could be living in an energy-zapping zone. When clutter starts to creep in, it can make your brain overwhelmed, distracted and unable to focus, say researchers at Princeton’s University Neuroscience Institute. Hello, three o’clock slump. How to keep clutter under control? Try pairing your to-do list with five minutes of clearing, whether it’s your workspace or your pantry.

You’re eating too many – or too few – bananas

Or pumpkin seeds, halibut, Brazil nuts, tuna, and green beans. That’s thanks to those foods’ high magnesium content, a mineral that’s crucial to energy levels. Too little and you’ll struggle with both physical and mental fatigue (magnesium can be depleted by alcohol, birth control pills, and exercise); too much and it can have a muscle-relaxing effect. See your doctor to get your levels checked.

RELATED: Study Reveals That Playing These Sports Will Help You Live Longer

Low-carb diets might be popular, but they won’t do any favours for your energy levels. Your body and brain need carbs – the right kind – for fuel, according to a study in the journal of the American Dietetic Association. It found low-carb dieters experienced greater fatigue and less motivation to work out than healthy eaters who included carbs in their diet. But think naturally-occurring carbs, like sweet potatoes, whole grains and fruit, rather than processed foods like cereal and bread.

RELATED: How Many Avocados Is It Safe To Eat Per Week?