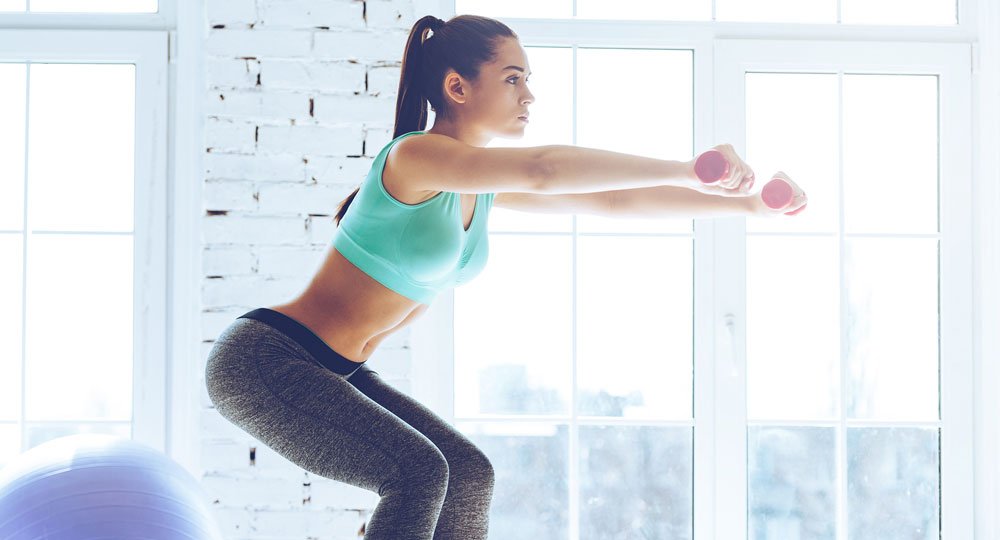 Sculpting your backside is about way more than performing dedicated butt workouts. It’s about hitting your booty during every workout.

That’s because your glutes (comprised of your gluteus maximus, medius, and minimus) are the largest muscle group in your body. So even before you get around to training them, they tend to be pretty damn strong.

As a result, it takes some serious work to really strengthen and shape them the way you want to, says Pat Gilles, owner of Pat’s Gym in Wisconsin, US. Integrating glute work into your favorite exercises is the perfect way to do just that.

Crank up the incline. Doing so will shift the brunt of the work from your quads to your glutes. If you’re into outdoor running, heading uphill will achieve the same thing, says Los Angeles-based trainer Mike Donavanik, C.S.C.S. (Just remember that running back downhill will hammer your quads.)

While you’re at it, take a look at your form. If you’re like a lot of women, you jut each hip out to the side as you stride forward. However, by keeping your hips in check, you’ll automatically work your gluteus medius (at the top of your tuckus) like crazy, he says. While concentrating on your form helps, including exercises like clamshells and lateral band walks into your butt routine can help you control your movement, says Donavanik.

This move is a staple in any butt-training program, but a couple tweaks to your go-to squat can kick your glutes into overdrive. First, if you usually perform back squats with a loaded barbell on the very top of your shoulders, try holding the barbell across your upper back. This “low-bar” squat increases how hard your glutes have to work with each rep, says Donavanik. (Note: Most people can move more weight with these low-bar squats, so you may need increase your resistance or number of reps.)

Whether you like bodyweight, kettlebell, or barbell squats, setting your feet a wider distance apart (sumo style) can increase glute activation, says Gainor. To get your sumo on, stand with your feet significantly wider than hip-distance apart, your toes pointed at 45-degree angles out to each side.

Cyclists are known for their quads of steel. Buns of steel? Not so much. But you can change all of that with two tricks: Pushing through your heels instead of the ball of your foot and taking advantage of “post-activation potentiation.” While the first tip is easy enough to figure out, “post-activation potentiation,” or PAP, is the phenomenon by which muscles work harder as a result of previous contractions, says Gilles. Essentially, you’re waking them up before a serious workout. “Activate your glutes prior to cycling and you will automatically use the glutes more effectively during your workout,” he says.

To put PAP into practice, perform your favorite butt moves, especially deadlifts, single-leg deadlifts, bridges, and band walks, as a warm-up for your cycling class. This way your glutes will already be burning, he says.

“The rowing machine is one of the best cardio machines to work your booty, as each stroke is primarily driven through leg power,” says Taylor Gainor, co-founder of LIT Method in Los Angeles. That said, exactly how you row will make a huge difference in what part of your legs get the biggest benefits. To increase activation in the gluteus maximum (the big kahuna of butt muscles), focus on driving through your heels to initiate each stroke, she says.

Leaning slightly forward (we don’t want any flat backs here) takes some of the load off of your quads and knees and shifts it onto your glutes, which are naturally stronger, says Donavanik. To do it right, focus on lowering into each lunge so that your hands are hanging straight down toward the floor, reaching toward your ankles. For an even bigger booty benefit, perform reverse lunges, stepping back for each rep, rather than forward, he says. Bonus: You’ll feel less stress on your knees.

Think planks are all about the abs? Not anymore. You can give your core and butt a one-two punch by incorporating leg lifts, says Gainor. Get into a plank position with your feet hip-width apart. Keeping both legs straight, contract your glutes to lift one leg toward the ceiling. Pause, then return to start and repeat on the opposite side. To work your gluteus medius, or your upper butt, try performing leg lifts during side planks. Lift your top leg toward the ceiling, hold, and release for as many reps as you can while keeping solid form.

No matter what pose you’re in, clench your butt, says Gilles. “Don’t underestimate how useful this exercise is,” he says. Apart from increasing glute activation while you’re in the yoga studio, performing isometric glute holds trains your body to use your glutes during other movements, he says. While holding poses during class, take a breath, bring your awareness into your glutes, and squeeze them for five to 10 breaths. Slowly incorporate this into multiple poses throughout every class.