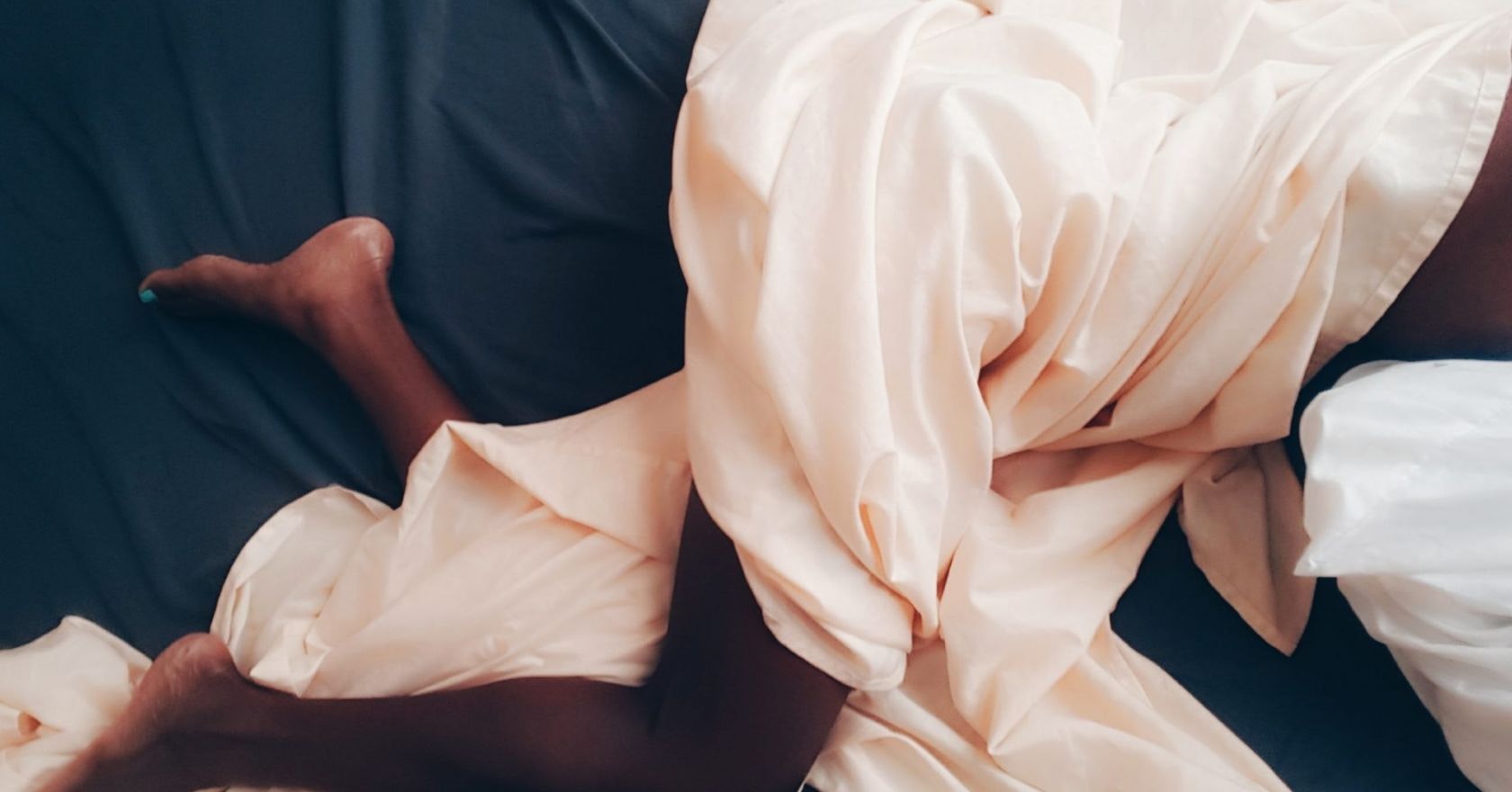 Restless legs syndrome (RLS) is thought to affect one in 10 adults at some point in their life. Internet forums are full of different opinions and solutions but what exactly is the cause of the disorder? And is it possible to banish it forever?

It’s 1am, I’m in Sri Lanka… doing calf stretches. No, I’m not going out for a late-night run on the beach – I’ve got restless legs again.

My restless legs have been waking me up in the middle of the night since my early 20s. At first, it happened a couple of times a year. In the past year, once or twice a month. In the past few months, almost every other day. It doesn’t keep me awake for long but, as someone who normally sleeps straight through, it’s a bit annoying and a little concerning to suddenly be woken up by the overwhelming urge to move my legs.

Nocturia solutions: here’s why you keep waking up to pee, and what to do about it

What is restless legs syndrome?

The main symptom of restless legs syndrome (RLS) is pretty self-explanatory: an overwhelming urge to move your legs. According to the NHS website, the disorder can also cause “an unpleasant crawling or creeping sensation in the feet, calves and thighs”. Agreed. People can also get it in their arms. Symptoms are generally worse at night and vary from mild to severe, with people experiencing them any time from occasionally to every day. And because it interferes with sleep, RLS is also considered a sleep disorder.

Oh, and you can also get RLS even if you don’t actually have legs any more, as this 2004 study on a 62-year-old double amputee demonstrated.

Scroll an RLS internet forum or speak to another person kept awake by it and both the causes and treatments for the condition are up for debate. “Are you anaemic? Have you not exercised enough? Have you exercised too much? Did you have coffee? Are you pregnant? Did you eat something salty? What about something sweet?”

Meanwhile, advice for treatment ranges from sleeping with a pillow between your legs to taking anticonvulsants.

The only thing we can all agree on is that getting out of bed and walking around for a bit is the only way to get rid of it. Well, for the night, anyway. I’ll give you your dessert now and tell you there’s no known cure for RLS – only varying solutions to manage it, depending on the individual. I suppose it’s hard to cure something when nobody can agree on what it is…

“RLS is a perplexing condition,” says Dr Fred Pescatore, author and natural physician. “The cause is unknown yet research points to a few potential root causes, including poor microcirculation and an imbalance of dopamine in the brain, which sends imbalanced messages to the muscles. Poor circulation stands out to me as a significant factor.”

RLS has no definitive cause or cure – only ways of managing symptoms.

Caroline, 32, has suffered from RLS since she was a child. “Mine is due to being anaemic,” she says. “I’m on iron supplements now. It’s early days but I haven’t noticed a difference yet.” Iron deficiency anaemia (IDA) causes poor circulation throughout the body from the lack of red blood cells, which is why people with this condition can suffer from cold hands and feet. Some studies have shown that RLS affects up to 40% of people with IDA.

Dr Shelby Harris, clinical psychologist and director of sleep health at sleep resource Sleepopolis, supposes that iron deficiency could be the reason that RLS is considerably more prevalent in women than men. “Women are more likely than men to have an iron deficiency,” she says.

In the past, my iron levels have been low enough to have me sent away from the blood donation clinic. Meanwhile, poor circulation as a trigger for RLS certainly explains why my RLS got worse in Sri Lanka. I walk a lot everyday back in the UK but 40-degree heat does a real number on your step count.

Despite achieving moderate success with managing my RLS with nightly leg messages and magnesium tablets, which are said to XXXXXXX, Dr Pescatore reckons sleeping on a bed where I could feel every spring probably didn’t help either.

“Sleeping positions can often cause problems in the legs,” he says. “I would suggest checking the date you last changed and rotated your mattress. I also would ask about how and where you work. As more of us work more hours at home, some of the chairs and surfaces may be less ergonomic, which can cause circulation issues and play into a condition like RLS.”

Curious to know more, I put a call out on social media for folks with RLS to share their experiences. I spoke to Erica (30), Nikki (37) and Danielle (34) individually and there was one glaring similarity.

“I think it’s linked to stress and maybe when I push myself when I exercise.”

“I signed a new contract and moved to a different country. It’s all to do with stress for sure.”

“I suffer from anxiety and find it comes on sometimes when I’m stressed.”

Caroline also told me she’s more likely to get RLS symptoms when she’s stressed. While there haven’t been many studies as to why this is, it’s generally agreed in the medical community that increased stress contributes to RLS. It certainly checks out with the link between RLS and dopamine imbalance, and one 2004 study found that “significantly greater anxiety and depression symptoms were observed among patients with RLS than in the control subjects”.

How to sleep: why your late-night online shopping habit could be to blame for your restless nights

It all started to make more sense. Was I stressed in Sri Lanka? Actually, yes. It was paradise but I had some big personal problems going on. Since leaving Sri Lanka for Thailand and resolving the issues, I haven’t had a single night of restless legs in two weeks – even when I was sleeping in a creaky wooden hut with a big lizard.

While I hope it continues, telling someone – RLS or not – to “try and not be stressed” isn’t all that helpful, is it? The good news is that there’s a whole bunch of ways for people to successfully manage the symptoms; the bad news is that it might take a while to find what works for you.

How to manage RLS symptoms

Erica tells me she’s started drinking cold water tea infusions with added magnesium. “I feel like it’s helped but it could just be a placebo effect,” she says.

Nikki, who lives in New Zealand, manages her symptoms with a mouth spray by Australian brand Martin & Pleasance called Restless Legs Relief. “I am learning to live with it now,” she tells Stylist. “At the beginning it really affected me but now I have to accept that it’s part of who I am. If I get it I take it as a cue that I need to slow down.”

Experts believe there might be a link between anaemia and RLS, so it makes sense to fill up on iron-rich foods if you do struggle with nighttime jitters.

“Diet also plays an important role,” adds Dr Pescatore. “Try incorporating a variety of iron-rich foods and look for natural ingredients backed by science. A promising study found Pycnogenol, a natural plant extract, improved all prominent symptoms of RLS, including a 63% decrease in throbbing and 61% decrease in sleep problems.”

“There’s no one perfect way to relieve it,” Dr Harris reminds me. “It is more about figuring out what the triggers are for you (eg caffeine, certain medications, an iron deficiency, over-exercise) and working on that trigger.”

Ah yes, over-exercise, another way of putting your body under too much stress. “I’m a marathon runner,” Dr Harris says, “and when I’ve had a very long or strenuous run earlier in the day, I might have some RLS at night.”

If there’s no known trigger, and it’s disrupting your sleep regularly, both Dr Harris and Dr Pescatore advise talking with your doctor about medications and other treatments to help manage your RLS.