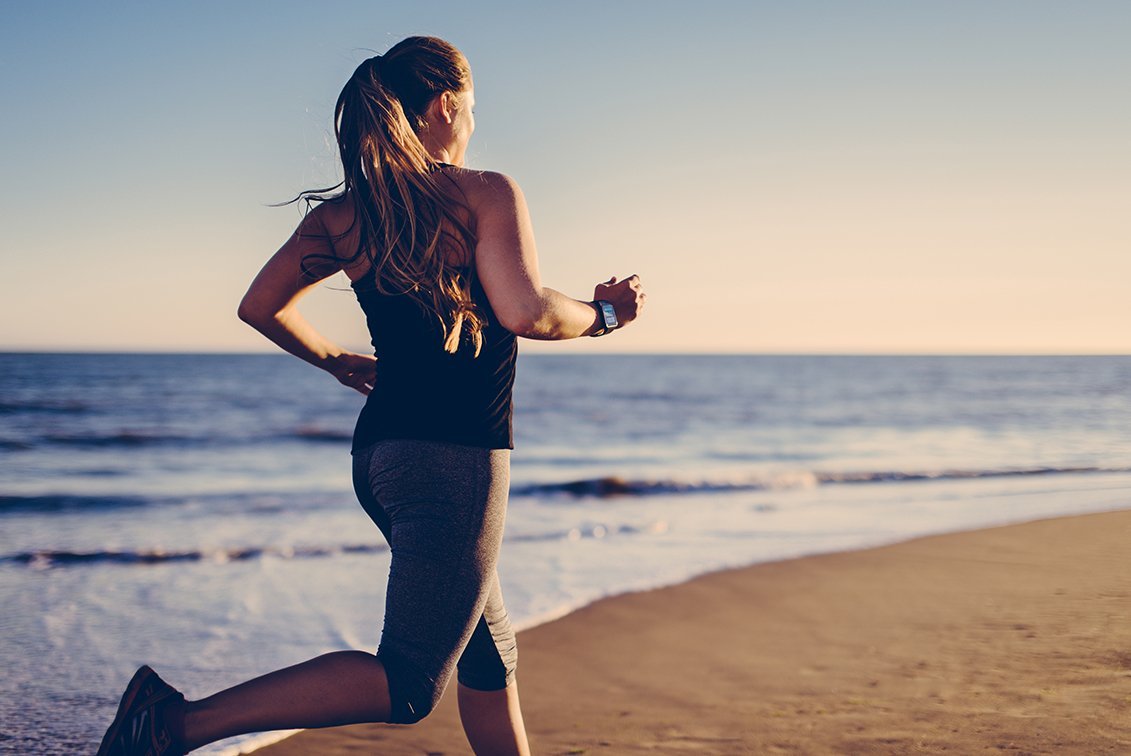 Time for a little game of true or false: The cheapest, simplest, and easiest way to start losing weight is by running.

Okay, so it’s kind of a trick question (sorry)—because that all depends on your running routine.

“Running is one of the most common forms of cardio to lose weight, but many people struggle to drop pounds because they aren’t utilising running correctly,” says run coach Phil Giackette, C.S.C.S., assistant director of the Professional Athletic Performance Centre in New York.

To find out whether your running plan will result in actual fat loss, answer these five simple yes or no questions—and then follow our expert advice to make sure you get to where you want to be.

Don’t get us wrong, sports drinks and gels can get runners through half-marathons in record time. But when it comes to a 5K or jog around your neighborhood? They could keep you from losing weight.

“If you are running less than one hour or six miles, you do not need to consume any additional calories or carbs,” says Albert Matheny , R.D., C.S.C.S., co-founder of SoHo Strength Lab and advisor for Promix Nutrition.

Remember, while your sports drink contains 100-plus calories per bottle, you burn (very roughly) about 100 calories per 1.5-kilometres. “If you are taking in more calories than you are expending, you will not lose weight—period,” he says.

Your body is a master adapter. So if you go on the same long, slow run or run the same high-intensity intervals, your body won’t be challenged anymore. And that’s when weight-loss plateaus happen.

Meanwhile, if you’re pushing yourself to the max during every single run, you’ll put your body in a state of excess stress, which is no bueno for losing weight. “Excessive stress will lead to increased cortisol levels and lowered hormones, like testosterone and growth hormone,” Matheny says. “These hormonal changes can lead to decreased metabolism, which is the opposite of what you want when you are trying to lose weight.”

When planning your runs, make sure you’ve got a mix of slow runs, fast runs, long runs, and short runs. “All of these stress different energy systems within your body in different ways, and when you put them together they lead to superior weight loss,” he says. Don’t forget to factor in at least one full recovery day, too.

Let’s get real: How often do you actually run? “A lot of people aren’t consistent with their runs and find that they are only getting out the door once a week,” Giackette says. That’s just not enough to move the weight-loss needle.

“Plan out your week in advance, and schedule time to run three to five times a week, if possible,” he says. “If you can be consistent, you can lose weight faster.”

Post-run meals tend to go one of two ways: Eating all of the food or nothing at all. Neither bode well for weight loss.

“After any run over four miles, consume 20 to 25 grams of protein as soon as possible,” Matheny says. “This will help your muscles begin to recover, keep your metabolism up, and prevent you from becoming overly hungry later.” Try a whey protein shake, Greek yogurt, or whole-wheat toast with eggs.

Just make sure you take into account any calories consumed, he says. In other words, if you burned 250 calories on your run, try to keep your post-run snack lower than that. Another easy way to avoid doubling up on meals is to schedule your run between two of your regular meals or snacks.

Running works best for weight loss when it’s one of many tools in your toolbox. “Mix in other modalities of exercise such as swimming or cycling,” Matheny says. That will help prevent burnout and keep your progress from stalling.

And don’t forget strength training. It’s vital to keeping up your levels of lean muscle, which is in charge of setting your metabolic rate and allowing you to burn more calories on every run. While bodyweight exercises like pushups and lunges will score you a ton of benefits, picking up dumbbells or barbells can also promote healthier levels of weight-slashing hormones, he says.

RELATED: The 3 Most Important Changes To Make If You’re Trying To Get Rid Of Belly Fat

If you said yes to one or more of these questions: At the end of the day, losing weight comes down to caloric balance: You have to burn more calories than you take in each day, Matheny says. If you’re having trouble pinpointing what’s keeping you from achieving the caloric deficit you need—whether it’s over fueling, undertraining, or some combination of both—try tracking your workouts and calories consumed over the course of the next week. Sometimes, looking at everything all laid out can help you see where extra calories are coming in and how your workouts could be improved, he says.

For healthy weight loss, aim to consume between 500 and 1,000 fewer calories than you burn in an entire day (as in the number of calories you burn by being alive, in addition to working out). To find this number, experts recommend taking your current weight times 12, if you’re mostly sedentary, 15 if you do moderate exercise almost every day, or a number in between if you fall somewhere in the middle. If you’re under 30, that’s roughly the number of calories you burn per day. If you’re between 30 and 40 years old, subtract 200 to account for a slowing metabolism. Then use an exercise tracking app or a wearable to record extra calories burned through running or other exercise.

If you answered no to all of the above: You’re on the right track! But to keep your running routine successful, you have to make sure it changes as you do. The two main ways to do that are by playing with time and intensity. “Keeping all other factors the same, but increasing your number of runs per week, or length of some runs, should increase caloric expenditure and help with losing weight quicker,” Giackette says.

However, if you don’t have more time to give, then simply picking up the pace during your runs will ensure your body keeps adapting, he says. Once you get comfortable with a certain pace, you can increase your speed by up to 10 percent per week.