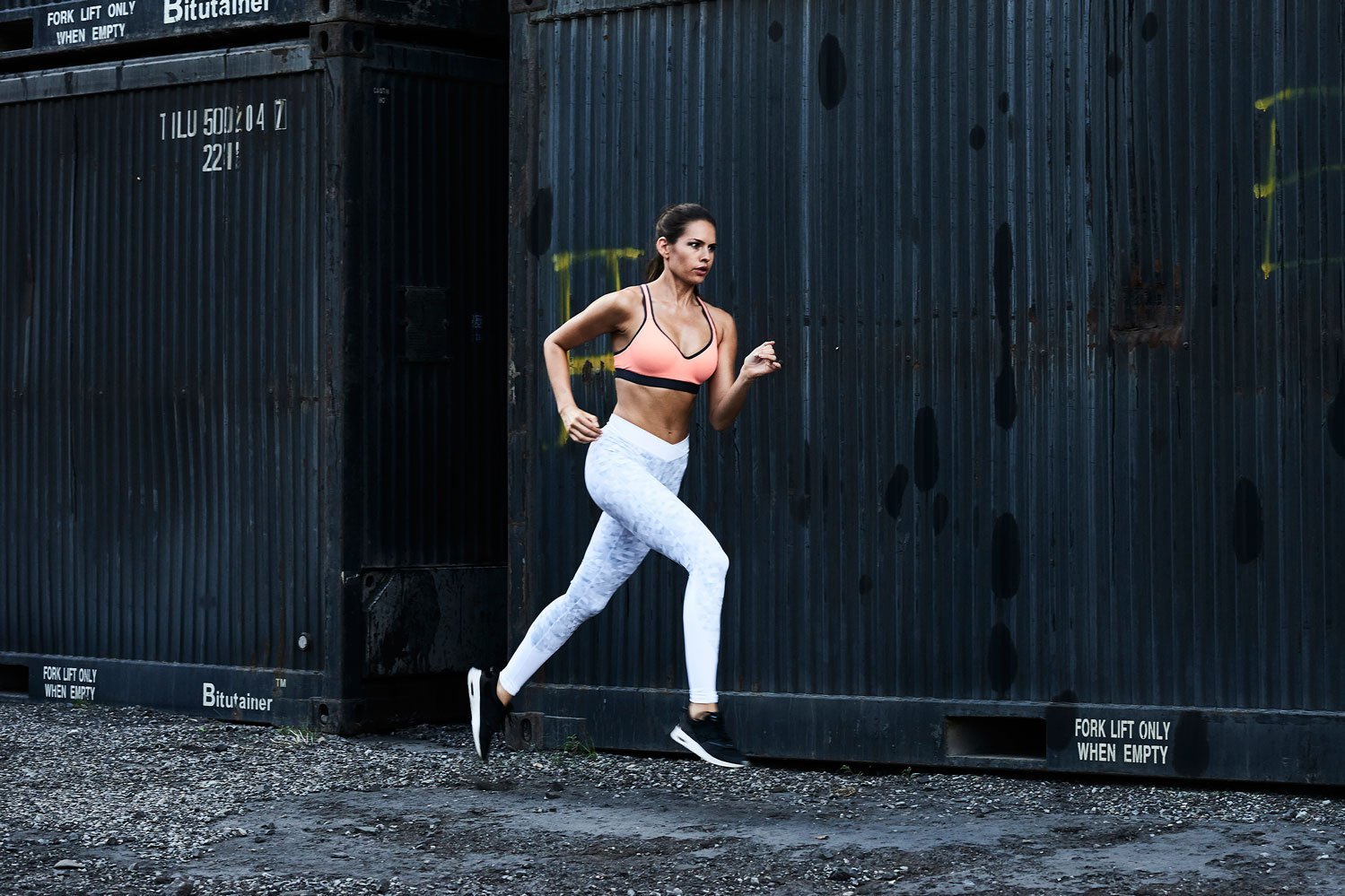 Running a marathon is no walk in the park. Mentally it takes discipline, drive, commitment and determination. Physically it requires pace, endurance and the kind of ‘fast’ that is incomprehensible to most of us.

For Aussie marathon runners Milly Clark, Jessica Trengrove and Lisa Weightman, that was a consistent 42kms over more than 2 ½ hours hot footing it to the finish line at the 2016 Rio Olympics.

Triathletes are in a similar boat (well, technically they’re not in a boat…). The Olympic triathlon is a single event comprising three components – a 1.5km swim, 40km cycle and a 10km run. Without that hat trick of mental drive, physical stamina and endurance, well, they wouldn’t be triathletes.

So what is the secret to this endurance – or sustained energy – that marathon runners, triathletes and many other long distance sport devotees seem to possess? And how do we get it?

Two of those secret ingredients might be in your kitchen right now – water for hydration and Chia seeds for a whole load of health benefits, including sustained energy release.

Sound simple? It is.

And anyone with an active lifestyle can benefit from the fuel boost these two ingredients have, once you know how to harness their power.

We all know the benefits of H2O, but when you’re running, doing other endurance activities or just non-stop busy, it’s easy to let it slide. Don’t – dehydration wreaks havoc on our body and mind in all kinds of ways.

According to Emma Morris, Accredited and Practicing Dietitian and Sports Dietitian, even minor losses of fluid from your body through sweat can cause you to lose concentration and get tired more quickly. “Thirst is a poor sign for you to drink,” Emma warns. “If you are thirsty you are already dehydrated, you need to start drinking early.”

Emma suggests drinking small volumes regularly rather than trying to tolerate large volumes all at once. “You can easily estimate your own fluid requirements by weighing yourself before and after exercise,” Emma explains. “Each kilogram of weight lost is equivalent to 1 litre of fluid. For example, if you finish an exercise session 1 kg lighter and consumed 1 litre of fluid during the session you have a total fluid loss of 1 litre.

“Once your sweat losses are known, a plan can be prepared to help you achieve better fluid replacement. Most athletes can tolerate 200-300 ml every 15-20 minutes but tolerance will vary according to intensity.”

Hydration hack: Emma suggests adding 1 tablespoon of chia seed to a 250ml glass of water daily for the 4 days before the run can assist with increasing your hydration.

“Chia is a great food for runners because it holds 16 times its weight in water, making a thick gel in your stomach that prolongs hydration,” explains Emma. “The gel also slows the conversion of carbohydrates to blood sugar, providing sustained energy. This is what makes chia seed great for endurance or long distance sport events as well.”

This teeny seed may have only hit the health headlines in recent times, but it is actually been around for longer than you’d think

“Chia seeds derive from the desert plant Salvia hispanica and were eaten by the Aztecs as early as 3500 B.C.” explains Emma. “‘Chia’ translates to ‘strength’ in Mayan, and this seed was actually prized more highly than gold!”

Emma says chia burst onto the fitness world’s radar in 2009 with Christopher McDougall’s New York Times Bestseller ‘Born to Run’. “Christopher introduced the world to the Tarahumara people, a northwest Mexican tribe of super athletes,” Emma explains. “Arguably the world’s greatest long distance runners, the Tarahumara people are known to run hundreds of miles at a time through the canyons of their homeland.”

McDougall revealed several secrets behind the Tarahumara people’s athletic prowess, and one thing that attracted instant attention was their diet – and in particular a drink called ‘Iskiate’ that they would consume before running, Emma explains. “The mixture of water, chia seed and lemon was believed to give the Tarahumara people stamina and hydration for their long running journeys.”

Since then, this tiny seed has been a big focus on peoples’ radars for its nutritional benefits, from health advocates and athletes to celebrities and leading sports scientists, dietitians and nutritionists. Recent research has also identified a long list of nutritional benefits, particularly for athletes, says Emma, including:

Even better is its ease of use. “Chia is one of very few grain-like seeds that can be eaten completely in its natural state – no grinding, no cooking and no processing,” says Emma. “Just sprinkle onto your muesli or cereals, into your salads or smoothies, or add to your baking.”

TIP: “Chia seeds can be either black or white, but never brown,” explains Emma. “There is no nutritional difference between black and white chia, however brown chia is immature. To ensure you are getting premium quality chia, always check the labels for The Chia Co’s Australian-grown chia seed for the purest and highest quality Chia available today.