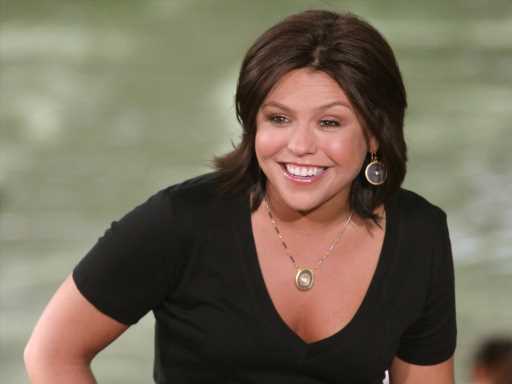 If you purchase an independently reviewed product or service through a link on our website, SheKnows may receive an affiliate commission.

When you’re learning how to cook, there’s a lot you need to keep track of. You don’t want your meat to be overcooked, but you don’t want it to be undercooked, either. Pasta should be al dente but not crunchy, and definitely not too soft; vegetables need to be cut the same size so they cook in the same amount of time (a good knife helps this one); and your food needs to be seasoned properly. It’s that last one that seems to be the hardest to get a handle on, because the taste of seasoning is subjective, but also because there’s a method to seasoning your food so it tastes flavorful throughout, not harsh and salty or bland and flavorless. Thankfully, Rachael Ray, someone a generation of people learned how to cook homemade meals from, just shared her best tip for thoroughly seasoning your food.

Rachael Ray knows a thing or two about cooking. She’s written more than 25 cookbooks, and she’s been cooking on television for longer than most of us can remember. Ray specializes in recipes for the home cook, meaning you don’t need a culinary degree and a bunch of fancy equipment to make her recipes, and that’s what makes her common-sense advice on seasoning so easy to implement in your own kitchen.

This Must Be the Place: Dispatches & Food from the Home Front

According to Ray, the key to properly seasoning you food is seasoning it as you go. In the TikTok video she posted, she says, “everything you touch should have flavor as you go,” whether the seasoning in question is salt and pepper, aromatics, or herbs, but overall, “we layer flavor every time we cook.”

Seasoning your food in this way ensures that every bite of a dish has flavor. When you add your seasonings only at the end, they don’t really infuse the ingredients the way they do if you layer them in. For instance, if you make a chicken dish where the chicken is cooked in a liquid, but you don’t season the chicken or the liquid until the end, you’ll just end up with salty broth and bland chicken. A better method is to season your chicken, then season your broth, adding in salt and aromatics. Then, at the end of cooking, you can taste the dish and adjust the flavors, and add in ingredients like fresh herbs and lemon juice that would lose their punch if they were cooked for too long.

It sounds simple, and it really is. If you’ve ever spent a ton of time on a cooking project only for the final result to be “meh,” not seasoning in layers could be the culprit. Leave it to Rachael Ray to give us the common-sense cooking advice we needed to solve the problem.

Before you go, check out Ina Garten’s easy weeknight dinner recipes below: