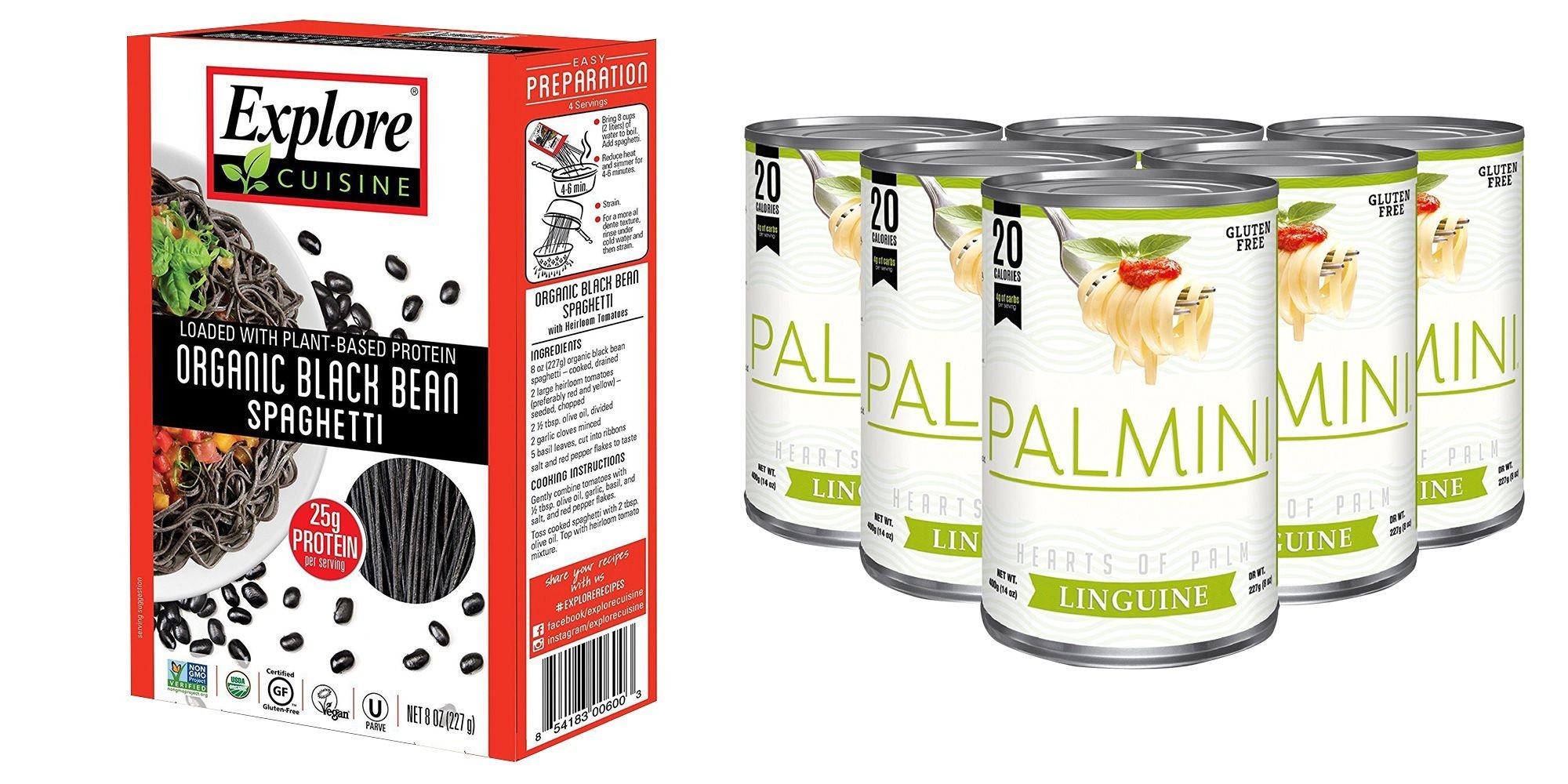 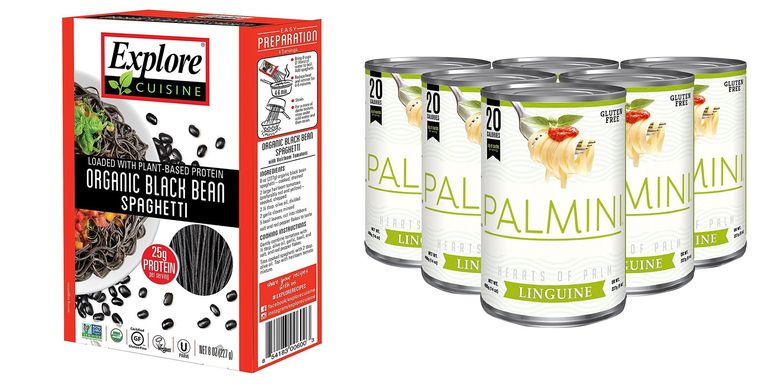 I’m not going to beat around the bush here: If you’re on the keto diet, you’re probably missing carbs—like, a lot.

And with good reason: The keto diet, though it gives you the opportunity to eat all the healthy fats your heart desires, really restricts your carb intake (just 20 grams a day!). Cue the daydreams about twirling pasta noodles ever-so-slowly around a fork.

But you don’t have to give up your Lady and the Tramp fantasies for good. Enter: keto pasta options (yes, it’s really a thing—and it’s not just spaghetti squash or zucchini noodles). Your main focus: varieties under seven grams of net carbs (that’s total carbs minus fiber, FYI).

So, yeah, your fave semolina pasta may be out of the running, but there are tons of other low-carb options you can dig into (and load up with parmesan cheese). Even better: Most of these keto pastas are available for purchase, so you don’t have to pull any extra strings to have a legit pasta experience—and honestly, isn’t that what we’re all looking for in life?

These noodles, made from the fibrous part of the konjac yam, are high in fiber and low in calories and carbs. That means you can eat an entire pouch without fear of bringing your body out of ketosis, says Tammy Lakatos Shames, R.D.N., one half of the Nutrition Twins.

“Clients who follow the keto diet tell us that if they’re craving the texture of pasta, these noodles really help to hit the spot, even though they’re a bit more slippery than traditional pasta,” says Shames.

You’ll just need to rinse shirataki noodles well before adding them to meals, says Shames—they have a slight fishy odor, which rinsing reduces. You can serve them with any keto-friendly sauce. “I love basil pesto with pine nuts for crunch, or a Thai peanut sauce with fresh basil, or Alfredo sauce for a hearty dish,” says Kristen Mancinelli, R.D. But the best part: You can buy them pretty much anywhere now.

Many alternative pasta options—like lentil or rice pasta—still have too many carbs for people on the ketogenic diet, says Mancinelli. But two-ingredient black bean pasta, made from beans and water, is an exception.

“Black beans do have carbs, but they’re also high in fiber so the net carbs are low. The secret here is to keep the portion very small, and the good news is that this is so close to the real deal that just a few bites feels like a pasta splurge,” says Lyssie Lakatos, R.D.N., the other half of the Nutrition Twins. She suggests adding this pasta to meat dishes and curries.

Made from hearts of palm, each serving of Palmini pasta has around 20 calories and four grams of carbs, says Shames. “If you can stick to a serving size, it is an ideal, satisfying option, especially because it does feel like comfort food at a time when people on the keto diet are craving something more than just protein and fat,” says Shames.

Spaghetti squash is a great way to eat more veggies, while getting the taste and texture of spaghetti, says Emily Wetzel, R.D., L.D.N., of Dietitians on Demand.

This starchy vegetable is low in in calories, sodium, and fat, but high in good-for-you nutrients. “It is also lower in carbohydrates than regular pasta with about seven grams in a one-cup serving,” says Lisa Samuels, R.D., founder of The Happie House.

It’s also super-easy to make: Slice a spaghetti squash in half, drizzle with olive oil, then either roast in the oven or nuke in the microwave, says Samuels. Shred the cooked vegetable with a fork—presto, “spaghetti” noodles. “Saute it together with garlic, tomato sauce, fresh herbs, and sausage or ground beef for a well-rounded meal,” suggests Samuels.

Add these zucchini-based “noodles” to a stir fry or top them with a low-carb sauce, suggests Wetzel. Just be careful about how many you zoodles you have, cautions Mancinelli.

One large zucchini has about seven grams of carbs, she says. “[That’s] a lot for someone on a ketogenic diet trying to stay below 20 grams per day, but it’s doable if you are careful on carb intake elsewhere,” Mancinelli says.

And while you can absolutely bust out your own spiralizer, you can also save yourself a ton of time by picking up a package of premade zoodles from Trader Joe’s, or other supermarkets, recommends Wetzel.

Made from seaweed, kelp noodles are low fat and low calorie, says Samuels. They’re also rich in calcium, iron, and vitamin K, and high in fiber, she says. “I prefer to use kelp noodles for some texture in cold dishes,” says Mancinelli. Try them in a Vietnamese salad with sliced beef and fresh herbs, she suggests.

The noodles can be found in Asian groceries and health food stories, says Samuels. Mancinelli recommends kelp noodles from the Sea Tangle Noodle Company (you can buy them on Amazon).