The couple were spotted at a Connecticut park on Sunday, December 8. In photos obtained by The Daily Mail, Shulman, 38, is seen carrying a newborn baby in a carrier. The pair’s 3-year-old son, Jonathan, walked by their side.

The actress, 37, announced that she was pregnant with a July mirror selfie. “It’s not for a movie. #2,” the Oscar winner captioned a baby bump pic on Instagram at the time. “All kidding aside, for everyone going through infertility and conception hell, please know it was not a straight line to either of my pregnancies. Sending you extra love.” 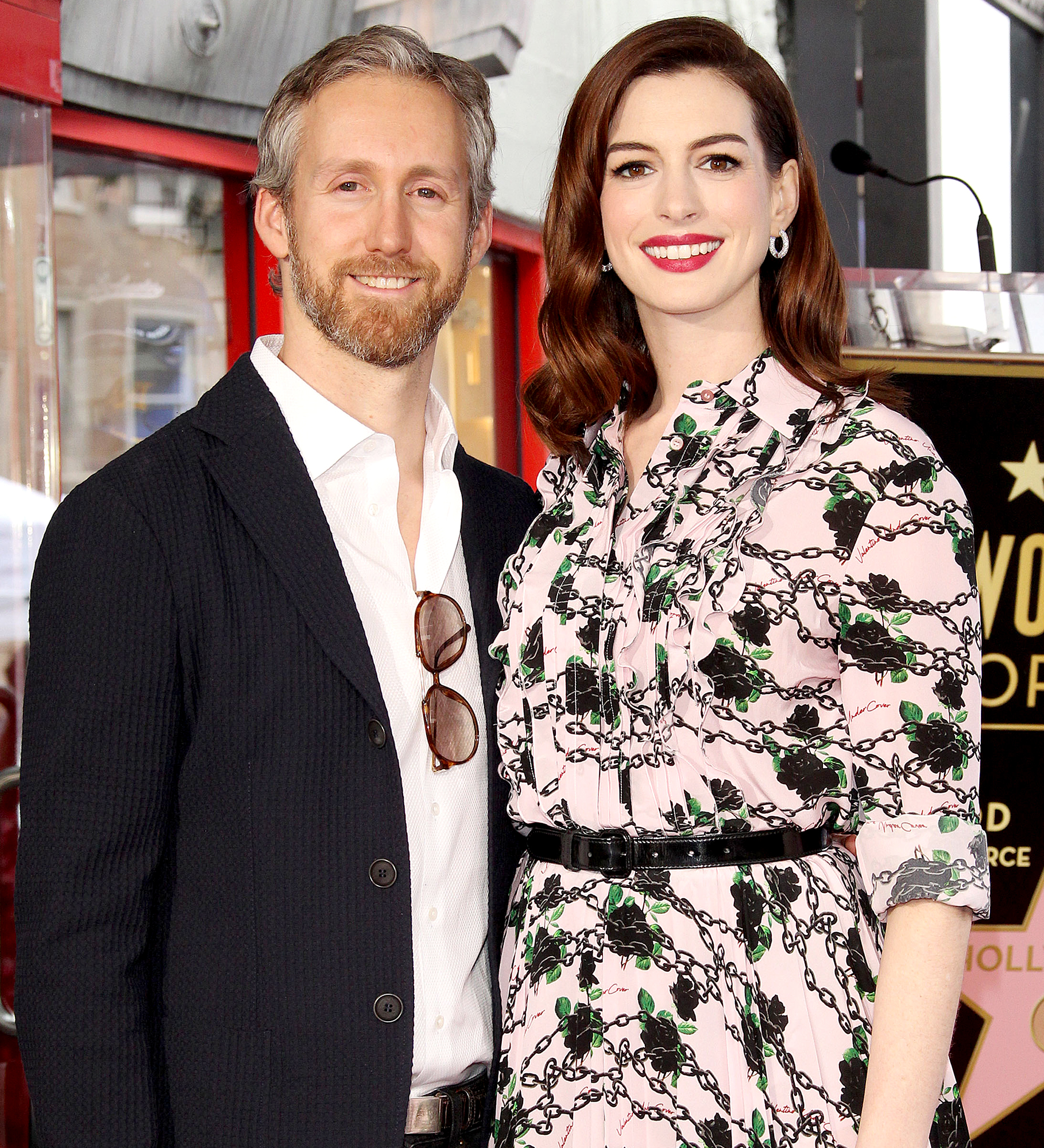 The following week, the Witches star spoke about her pregnancy at a Television Critics Association panel. “I’m pregnant and I don’t remember what I say from minute to minute,” she admitted at the time.

When asked if her younger self would have guessed she’d be acting in superhero films, Hathaway went on to tell Us Weekly and other reporters, “My brain won’t let me go there right now. I’m sorry. Somebody’s eating it.”

The New York native and her husband welcomed Jonathan in 2016. The couple have kept their son’s life private, although Hathaway did post a single pic of the little one on Instagram in March 2017. Only the top of toddler’s head could be seen as he watched his mom give a speech at the UN.

“Almost as soon as I’d done it, I wished that I hadn’t,” she told Jezebel’s The Muse the following month of posting the picture. “I felt like I had broken some kind of a seal in inviting people into my life. And even though I felt as though I had done it in as protective a way as I could, even though it was a moment I was incredibly proud of, I don’t know that I’ll ever do it again.”

Hathaway’s rep did not immediately respond to Us Weekly’s request for comment.