Let us take a wild guess: Right now in your freezer, you probably have a frozen pizza or two tucked away. Hey, we don’t blame you — we and many others do too. According to Consumer Reports, every day of the year, 1 in 8 Americans eat some sort of pizza, with 37 percent of us eating frozen pizza two to three times per month. Why? Because it’s delicious! Not to mention it’s probably the easiest, quickest dinner option for all of us busy, on-the-go types.

Indulging so frequently in frozen pizzas comes with its drawbacks, though. Typically, when we think of the best frozen pizzas, we think of those that are also the worst for you — yes, including DiGiorno, which can have around 1,800 calories per pie. But, if you’ve noticed lately, more and more healthier alternatives to frozen pizza have trickled onto the frozen food aisle shelves from brands like Caulipower, Cali’flour Foods and Daiya.

According to Mintel, a market research firm, more than half of frozen-pizza buyers said they’d buy more often if they weren’t as processed and 59 percent said they’d buy more if the frozen pizza had more premium ingredients. And frozen-pizza manufacturers have clearly taken note, as they’ve been cutting preservatives, lowering sodium content and even making pizzas with cauliflower crusts.

All that said, we’ve rounded up the 15 best-tasting frozen pizzas out there, including pizzas on both ends of the spectrum — from downright sinful (i.e., has many, many calories) to nearly guilt-free.

A version of this article was originally published August 2018. 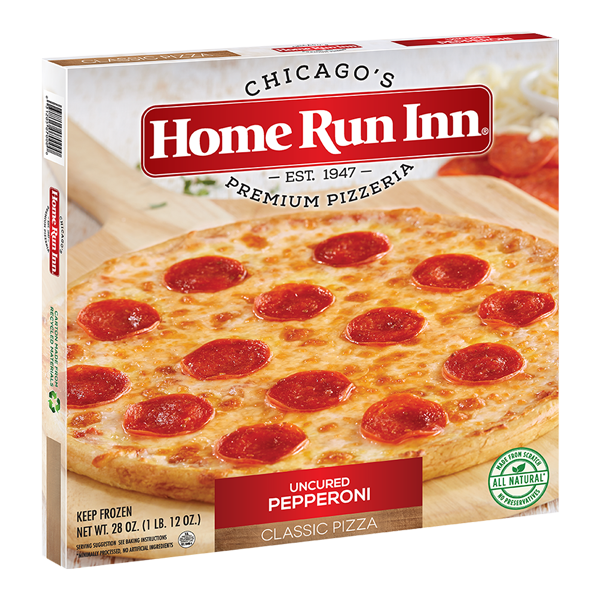 Bet you weren't expecting this one, were you? An unfamiliar brand to most, this Illinois-based pizza is as classic as it gets, what with its mozzarella cheese, spicy uncured pepperoni and buttery crust. Be warned, though, before you chow down: This runs at 360 calories per serving (which is only one-sixth of the pie). 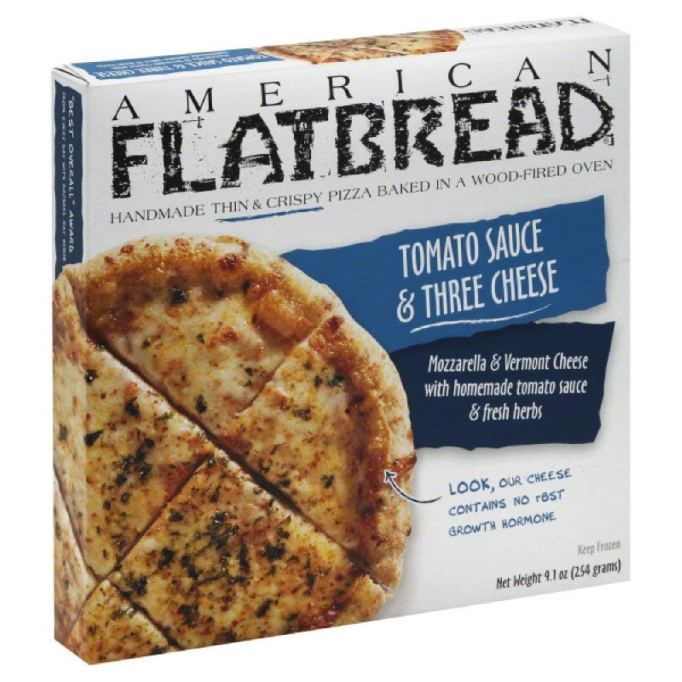 If you're looking for flatbread options packed with herbs, organic homemade tomato sauce and a blend of three cheeses, American Flatbread is it. The caloric content for this isn't horrible, either: 300 calories for one-third of the pizza. 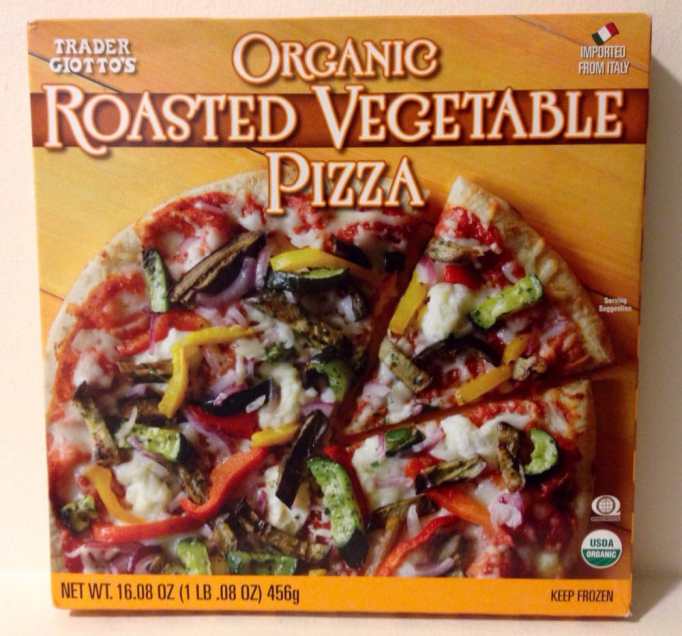 You've likely seen these organic frozen pizzas at Trader Joe's. One-third of this roasted vegetable pizza is 300 calories, but if veggie pizzas aren't your thing, TJ's pepperoni pizza is a good option too. 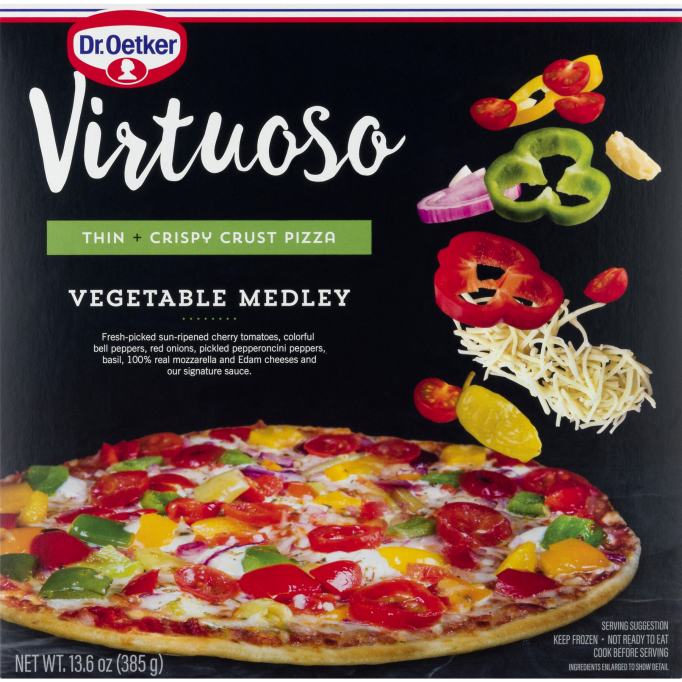 Made with 100 percent real mozzarella and Edam cheeses and topped with a colorful medley of vegetables, including tomatoes, bell peppers, red peppers, red onions and pepperoncini, this frozen pizza from Dr. Oetker's is a little lower in calories: 260 cals per one-third. 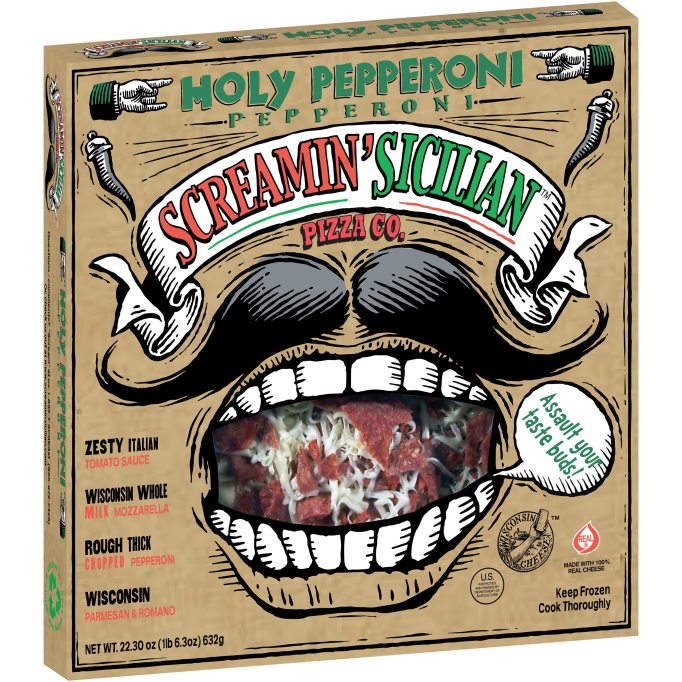 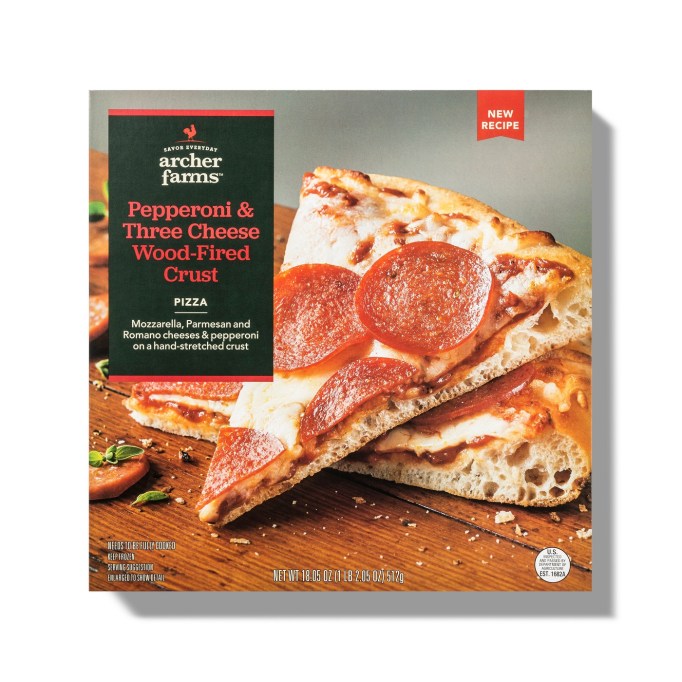 Archer Farms is a Target brand, delivering deep, rich flavor. This particular flavor has plenty of herbs — including garlic, basil and oregano — and a three-cheese blend of mozzarella, fontina and Parmesan. While it's downright delicious, there is one downside — just one-quarter of this pizza has 340 calories. 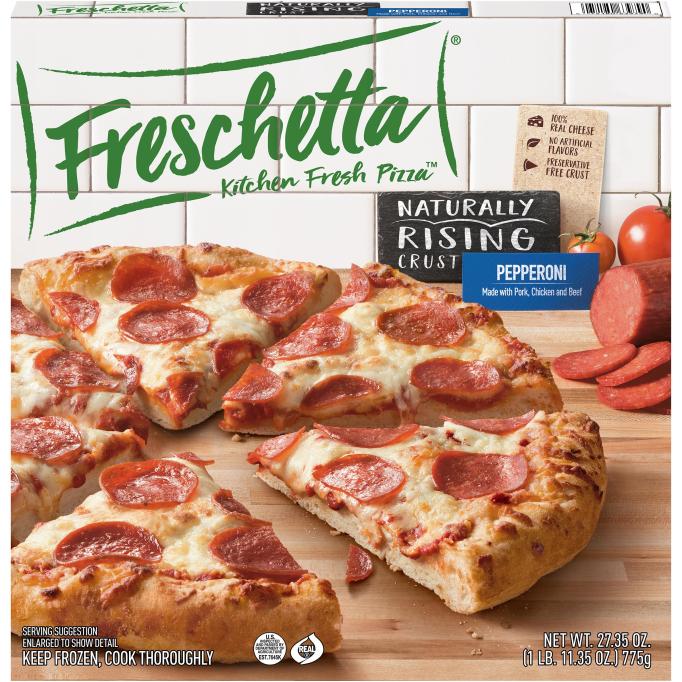 Not all Freschetta frozen pizzas are hits, but its naturally rising crust pepperoni pizza is. While it's preservative-free and made with 100 percent real mozzarella and provolone cheeses, it's very high in calories: 360 calories per serving, which is just one-sixth of the pizza. You've been warned!
Freschetta Naturally Rising Crust Pepperoni, $4.98 at Walmart 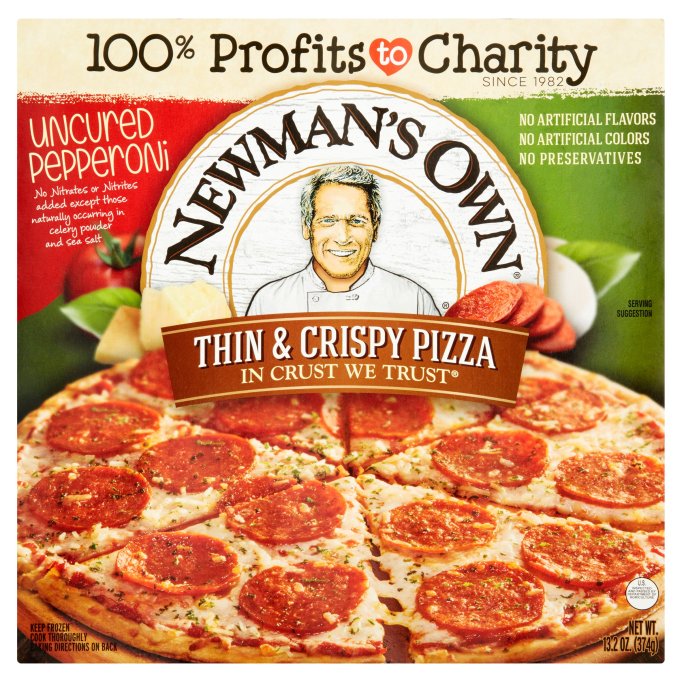 There's a lot to like about this frozen pizza: It has a multigrain crust with flaxseed, no artificial flavors or colors and has about 15 grams of protein and less than a gram of added sugar per serving. Plus, all profits go to charity and its carton made from 100 percent recycled paperboard. 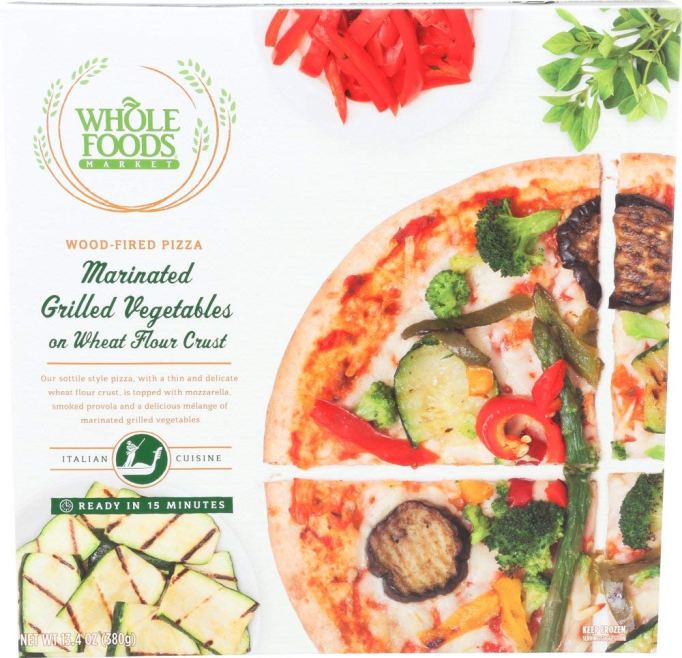 Leave it to Whole Foods to pack so many unexpected grilled veggies on one pizza — from broccoli and asparagus to zucchini and grilled eggplant. Plus, it's made with a wheat flour crust. 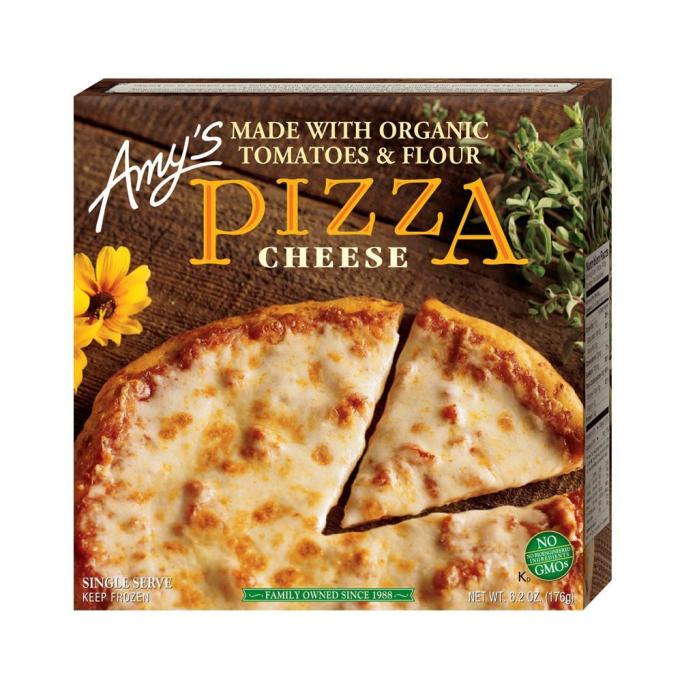 Amy's Cheese Pizza is a well-balanced option. Topped with house-made sauce made from organic tomatoes, this pizza has less than 5 grams of sugar, 18 grams of filling and plenty of protein. Plus, it's soy-free, tree nut-free, kosher and has only 290 calories per serving (one-third of the pizza). 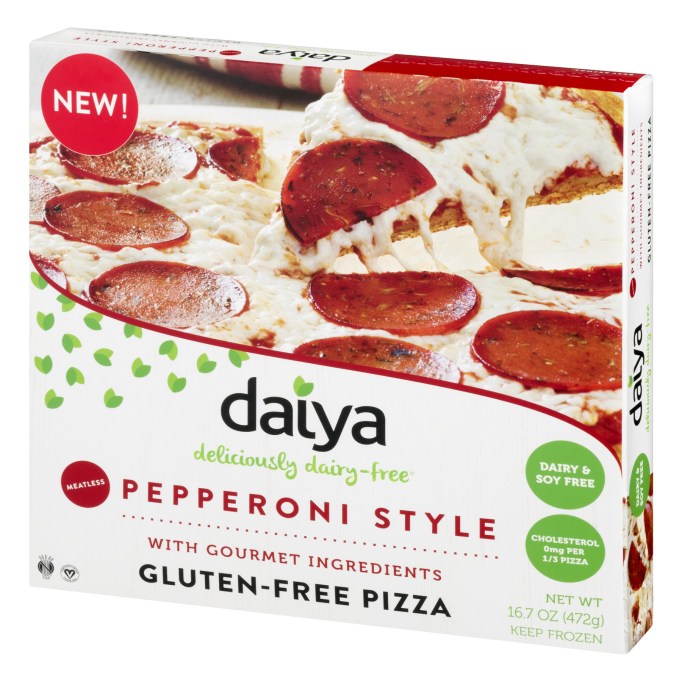 Daiya is a dairy-free brand, and this particular pizza is its first-ever plant-based, soy-free, gluten-free meatless pizza. The pepperoni topping is actually made with a blend of mushroom and pea protein crumbles.

Considering how healthy it sounds, we were surprised to learn that one-third of this pizza surprisingly has 470 calories, so don't go too crazy indulging on this one in one sitting. 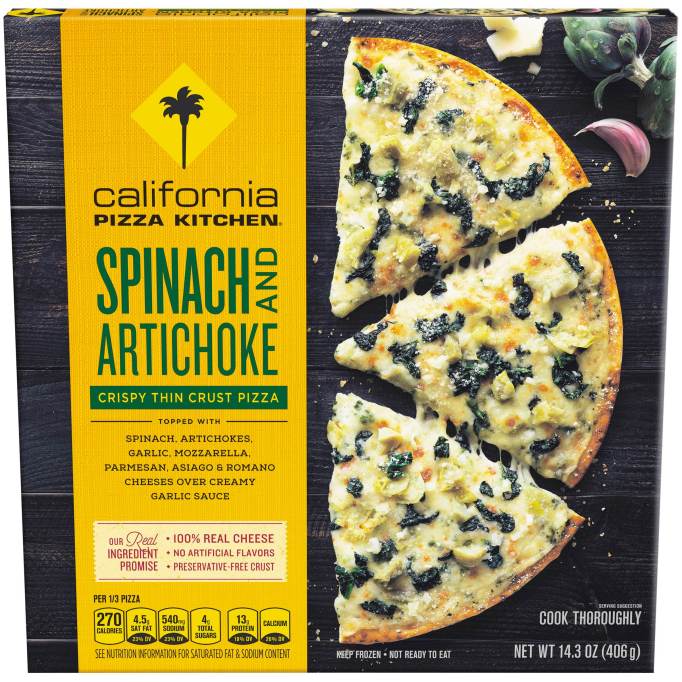 Of course CPK's on this list — and thin crust is their specialty. In addition to spinach and diced artichokes and an irresistible garlic sauce, this particular frozen pizza is topped with Parmesan, Asiago and Romano cheeses. Calorie-wise, expect to consume 400 cals per serving (one-third of the pizza). 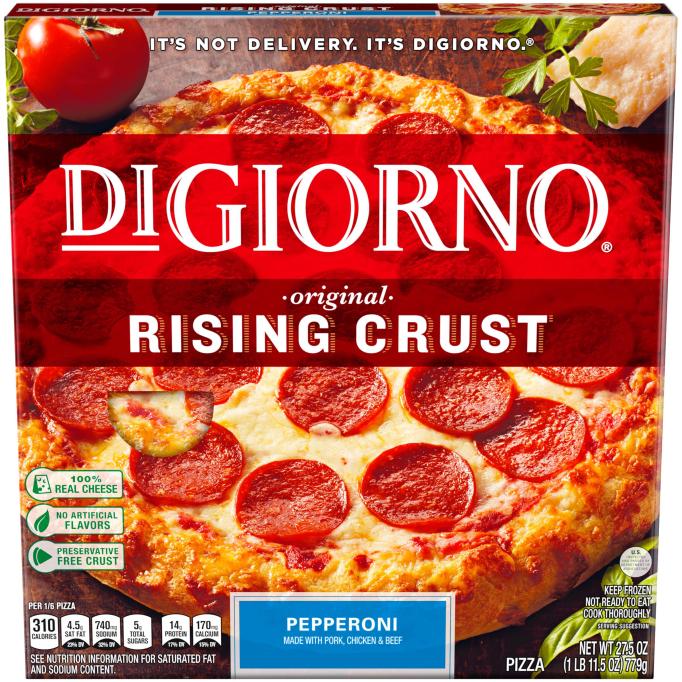 Who doesn't love DiGiorno? Really, you can't go wrong with any of the available flavors, but with 262 reviews and a 4-star rating on DiGiorno's website, the original rising crust pepperoni pizza is clearly a fan favorite. 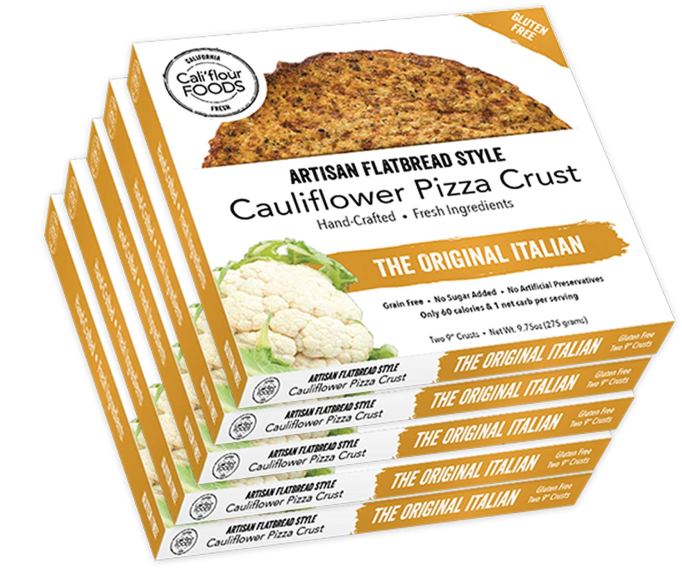 Cali'flour Foods' pizzas — which are low-carb, made from locally sourced cauliflower and only 60 calories per slice — are not only a healthier alternative to frozen pizzas, but they also have hundreds of positive reviews. On Amazon, The Original Italian pizza has 370 reviews and a 4-star rating.

Cali'flour Foods The Original Italian (pack of five), $64.75 at Amazon 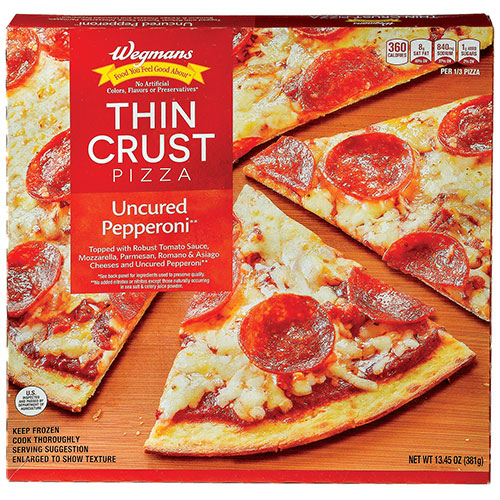 This is by far, the best bang for your buck. At just $2.99 per pizza, you’ll be hard-pressed to find a omre affordable, delicious family dinner. The crust is perfectly crunchy and they don’t skimp on the toppings. 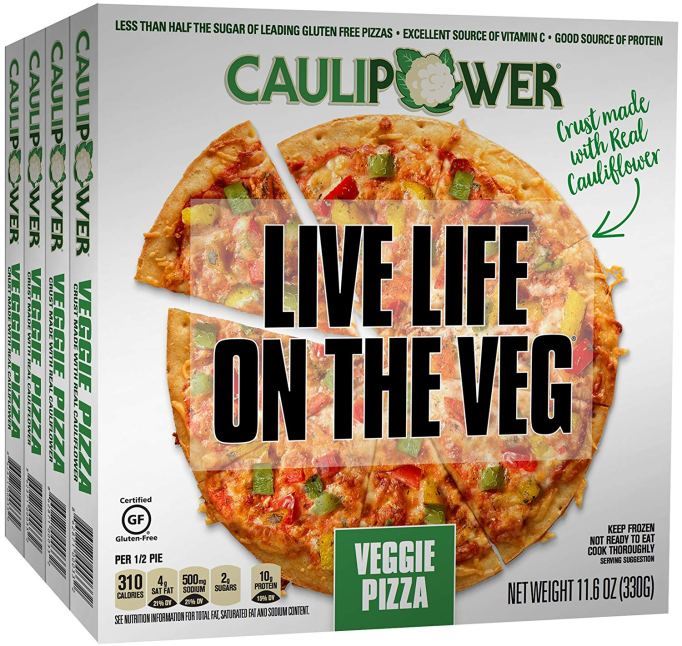 Behold, what we believe is the best frozen pizza out there: Caulipower's veggie pizza. Packed with red, yellow and green peppers and a slew of spices, this pizza is delicious and healthy. It has 10 grams of protein per serving and 50 percent less sugar than other leading gluten-free pizzas and is packed with fiber and made with a cauliflower crust (but you wouldn't know it by tasting it).